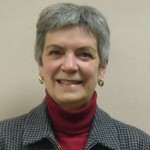 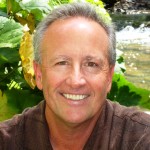 New leadership and fresh opportunities mark the beginning of a new chapter for the Calaveras Community Foundation.

Effective this month, Linda Kangeter assumed the presidency of the foundation board for the Calaveras Community Foundation. Paul Stein, who had previously served as board president, officially ended his term and began a new position as philanthropy consultant.

The position of philanthropy consultant is groundbreaking for the foundation, as it is a part-time, paid position, the first of its kind offered by the foundation. Stein will be tasked with seeking out corporate and private donors, sponsorship and grants to bring more income to the foundation, increasing the number of grants and scholarships that the foundation can offer to community charities and organizations.

“I’m excited and can hardly wait to start,” Stein said, “It’s going to be a good use of my time, and I look forward to devoting my time to raising the level of consciousness and awareness about the foundation.”

While Stein’s position is a paid one, treasurer Brent Harrington stressed that Stein’s wages would be drawn from income derived from two rental properties owned by the foundation. The foundation had been saving the rental income for the purpose of funding this position for some time.

“None of the monetary donations anyone has given us will go to paying Paul’s expenses,” Harrington said.

Harrington said that Stein, with his long history of community involvement, was the ideal candidate for this new position.

“We absolutely wanted somebody who knew the county, who had been around for a while, and who had a profile in the community,” Harrington said, “I’ve known Paul for 30 years, and know what he can do and how he does it, which made me even more comfortable with our choice.”

By hiring a part-time, paid philanthropy consultant to seek out new grants and donors, Harrington believes the foundation has made a wise investment for the future of the organization.

“We want to really expand our fundraising and grant-giving opportunities. Our goal is to keep raising funds and giving them away to charitable causes in Calaveras County,” said Harrington, noting that last year the foundation gave away more grants and more funding than in years past, with 23 grants totaling more than $63,000 going to various community organizations.

For new President Linda Kangeter, the importance of the Foundation’s role in Calaveras County could not be over-emphasized.

Continuing the role of the Community Foundation as the link between Calaveras County charities and donors will be a top priority of Kangeter going forward in her presidency.

“The Calaveras Com-munity Foundation is a resource for donors, to help them make the most effective use of their charitable dollars both through immediate grants and through funds that can be designed to accomplish their charitable goals for many years,” Kangeter said. “The foundation is also a resource for our county’s charities, to help them obtain funding and administrative assistance.”

Kangeter also hopes to link not only charities and donors, but the smaller individual communities that constitute Calaveras County.

“I think one of the challenges in our community is that we have a group of small communities in our county,” Kangeter said, “I hope the foundation can help build a stronger sense of community in Calaveras County. We work more strongly together than we do working separately.”

Harrington was enthusiastic about Kangeter’s leadership, and looked forward to the legal and professional expertise she would bring to the foundation board.

According the Calaveras Community Foundation’s website, grant packets and applications for the 2012 grant cycle will be available in April. For more updates, as well as information on grant eligibility, visitcalaverascommunityfoundation.org.

© 2012 Calaveras Enterprise. All rights reserved. This material may not be published, broadcast, rewritten or redistributed.