A dedicated, loyal supporter and business partner, Jackson Rancheria Casino Resort continues to bolster CCF in meeting their commitment to support grassroots community groups and charitable causes within Calaveras County. Grants, scholarships, and general assistance are the vehicles used. Over the past years, Jackson Rancheria has donated over $110,000 to the Foundation.

“On behalf of the Jackson Rancheria Band of Miwuk Indians, it is a privilege to have the ability to contribute to the Calaveras Community Foundation,” said Crystal Jack, Chief Executive Officer of Jackson Rancheria. “It is our sincere hope that these funds will be used to positively impact our local communities and to provide important services to those who need it most.”

With on-going generous donations from donors like the Rancheria and others, CCF has been able to provide over $2.4 million in grants, scholarships and assistance since the Foundation’s creation in 2000. 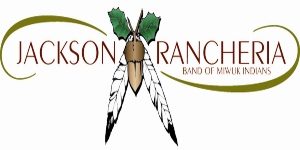